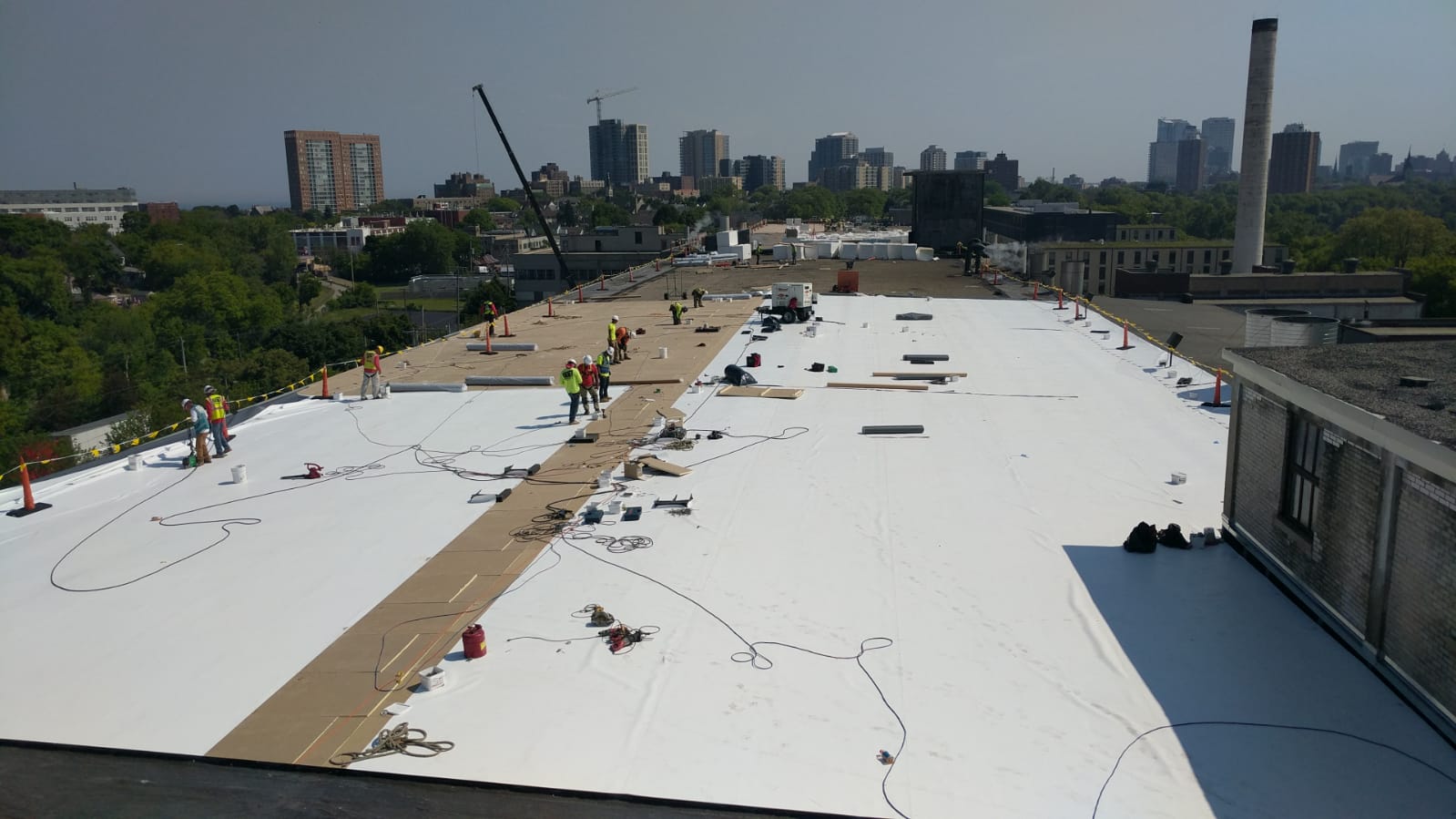 A roofing contractor who hadn't seen much business lately went neighborhood by neighborhood, offering to do free roof inspections. The roofing contractor offered a story about how the original builder used inadequate roofing materials and that he has personally come across three buildings in the area that would have had serious damage if not for his free inspection. He of course indicates that there is no cost for the inspection, but if damage is found, he can give phenomenal prices due to his crew already being in the neighborhood.

So an elderly woman, who has nothing to lose, agrees to his offer. After all, the man seems nice and sincere, and of course, the inspection was free.  Who wouldn't take advantage of a free offer like this?

If such repairs were necessary, it only makes sense that this roofer would be able to give better pricing because of volume within the neighborhood.  Allowing him to do this would certainly save her tons of misery if there was damage and the next rain storm caused the roof to leak.

You guessed it; the roofer found that the shingles were weak and poorly attached. "A good wind and rainstorm and there would most certainly be major damage."  How lucky could she be that this nice man had come along when he did?

The $7500 price tag seemed somewhat high, but what did she know about prices?  And how ungrateful could she be to question this nice man who'd come along with his free offer and had saved her home.  As he kept telling her, he was giving her a 20% discount for signing up right now and ordering the same shingles as the other 3 families.

Again, he had his crew in the neighborhood next week and it only made sense that he could get some quantity discounts if he could purchase triple the usual number of shingles.

In the end, the woman ended up with a worse roof than what she started with.

Fraud Type I: The Repairman/Free Inspection

One of the most common frauds that is perpetrated on seniors is one that is committed by those who wish to perform upgrades or repairs on or within the home. Seniors are often short of or trying to retain their cash, and are fearful of impending consequential damage.

They also want to maintain their household, but are ill equipped to make certain judgments as to the necessity of such repairs.  An elderly woman is not likely to follow a roof repairman up on top or navigate the crawl-space to determine the integrity of the foundation.  Even if she did, she probably doesn't have the expertise to determine the accuracy of the assessment.  A fraudulent contractor depends upon these facts.

Another type of contractor fraud found in roofing markets actually pulls the building owner in on an insurance scam.  The contractor usually approaches potential victims whose homes are in need of repair and suggests that he can help them get their building or home repaired at little to no cost. It sounds simple.

The contractor comes in and creates additional damage to the property and tells the building owner to file a claim with the insurance company, saying that wind, hail, broken pipes, or some other accident damaged the property.

Simple, right? The building owner gets a much needed repair done at the expense of the insurance company who "would never miss the money anyway".  In essence, it is justified by the idea that there is no crime or victim.  No foul, no harm? Hardly!

What isn't explained to the building owner is that by signing a fraudulent claim, they in fact are committing a crime, insurance fraud.  Insurance companies are often hit this way and are taking this problem very seriously.  They will prosecute.  And guess who they will prosecute.  Not the contractor.  He has given an estimate that doesn't indicate anything illegal and can easily place all the blame on the owner.  The contractor certainly isn't going to admit that he has caused the damage or that he suggested filing a false insurance claim.

Filing a false claim with an insurance company is serious business and doing so can cause unbelievable trouble.  Insurance companies are on the lookout for such scams and they are experts at finding them.  The name of the contractor alone could trigger an investigation.

These contractor swindles are quite prevalent and yet it's so easy to stay out of their way.  Merchants who have been in business more than a few years and want to stay in business seldom run these scams.  It usually starts with a cold call or a knock at the door by someone claiming to be a contractor who has extra materials or is doing work in the area and willing to work quickly and cheaply.

The scam comes when he claims to need money to go out and pick up supplies but will be right back.  He even says that he doesn't want complete payment until after the job is completed.

The problem?  He never comes back with supplies.  Occasionally, these guys even start some demolition work before they leave, but once the money is in hand, they're gone.  Not only are you out the money, but they've often left damaged property behind which may cost more to repair than the original job would have.

Avoiding these scams is easy.  If you need work done, call a legitimate contractor instead of trying to save a few dollars.  Make sure that you get a written estimate or proposal and make sure that you fully understand the terms before you agree to anything.

Always be sure to get at least three estimates on work to be done.  If there is a wide discrepancy, ask each to justify their prices.